Roman, 25, who never boxed as an amateur is managed and trained by Jimmy Harrington on the recommendation of Tyson and their Dad, John.

He lives near Tyson in Morecambe and trains alongside the Gypsy King and their other sibling Tommy.

Tyson has previously said of Roman: “He’s an aspiring Cruiserweight champion of the future.”

Unlike Tyson and unbeaten younger brother Tommy who was runner-up with partner Molly-Mae Hague in Love Island, Roman is happy to kick off his boxing career out of the spotlight.

Roman who will make his debut over four rounds says: “I don’t want to rush things. I don’t want to box on big bills just because I carry the ‘Fury’ name.

“You can’t run before you can walk and the VIP Boxing shows are ideal for me to learn my ringcraft and build.

“I could have had amateur fights, but I am around professional boxers and learning that side of things.

“Amateur fights would have been a nice experience, but I would rather go into the pro ranks and learn. These shows will improve me.

“I started late and don’t have time to waste two or three years in the amateurs so I have to progress quickly.

“Tyson, Tommy, our Dad and Jimmy all said just get straight into professional boxing.”

Roman who was a scholarship rugby league player got into boxing seriously when his weight ballooned to 19 stone.

The weight came off when he trained with Tyson during lockdown and will become the ninth member of the Fury family to box professionally when he makes his debut next month.

And he knows carrying one of the most famous names in boxing will still put him under the microscope.

He added: “Being criticised is in my thoughts, but that comes with my name. People look at Tyson and assume we’re all as good as him.

Chocolatito: Trilogy Fight With Estrada Will Be The Best Of The Three

“I have not had any amateur experience so I am doing it cleverly. No matter what I do people are going to criticise so I have to get on with it and do my own thing.

“It’s not like I have never put a pair of gloves on. I have always done the basics of boxing from a young boy.

“I have been around boxing my whole life and I don’t consider myself a complete novice who has just put the gloves on.

“I want to go for titles. I am looking for British titles and like any boxer have ambitions to win World titles.

“I would even love Central and English titles. I would be privileged to win them because that is very, very good. Not many boxers even win Area titles.”

The second title contest will be another all Yorkshire battle, when Leeds warrior Zahid Hussein (16-2, 2 KOs) meets old rival, Razaq Najib (12-4, 2 KOs) aiming to avenge a 2019 points loss to his Sheffield rival. 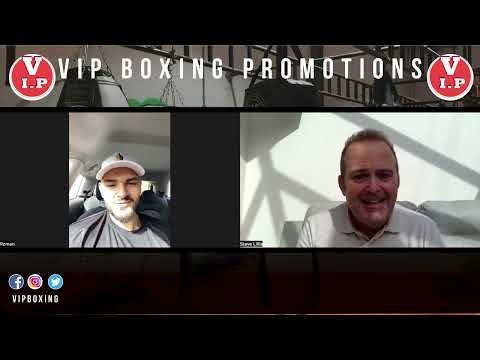 Both title fights will be televised for FREE by SportyStuffTV (@Sky 437 @Freesat 250 @Freeview 264 and www.sportystuff.tv) with VIP Boxing YouTube screening the undercard.

Ringside tickets are SOLD OUT, but there last few £40 tickets are available from all boxers on the bill and 01942 874241