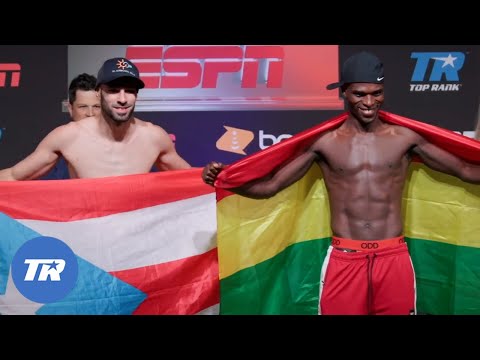 Both fighters are determined to get back on a winning path, with the Puerto Rican-born Pedraza      (29-4, 14 KOs) chasing his goal of becoming a three-division world champion and Commey (30-4, 27 KOs), one of Ghana’s most accomplished fighters, moving up from the lightweight division with his sights set on winning a second world title.

ESPN’s Joe Tessitore will call the action ringside with Hall of Famer Andre Ward and future Hall of Famer Timothy Bradley as analysts; Mark Kriegel and Bernardo Osuna will serve as reporters.