GET READY TO RUMBLE: REMATCH GIVES BOXING FANS THE CHANCE TO EXPERIENCE THE ICONIC ‘RUMBLE IN THE JUNGLE’

Almost 50 years after the world held its breath and watched, sports fans are getting a second chance to experience the magic of ‘The Rumble in the Jungle’ thanks to a new re-imagination of Muhammad Ali’s and George Foreman’s iconic fight. 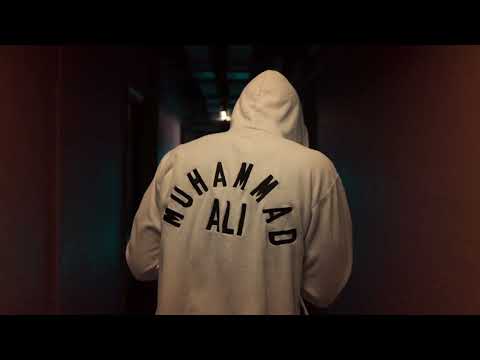 Rematch, the sporting time machine that reimagines historic sporting moments through unique immersive theatrical events, has announced a heavyweight return with a three-month limited run of London shows. The ‘Rumble in the Jungle’ experience will transport audiences and evoke the sights and sounds of Zaire in 1974, bringing to life a story which captivated the world. As Ali challenged the Undisputed Heavyweight Champion and legendary Foreman to a world title fight, the ripple effects were felt far wider culturally as a story of positive change, new beginnings, and banishing stereotypes whilst pushing limits emerged. Rumble in the Jungle Rematch celebrates this cultural historical landmark.

Tickets are on sale now for performances running from 22nd February, with the venue of Seymour Hall in Marylebone, Central London set to be transformed into a nostalgic recreation of Kinshasa, Zaire – the backdrop to the most famous night in boxing history.

The multi-sensory experience will incorporate live actors, music, theatre, tech, fashion and film to break the barriers of time. Rematch events push creative limits and innovation, whilst breaking new boundaries for sport, theatre and entertainment. The show will also showcase the impact of sport on wider culture, as it not only dives into the legendary contest, but also the back stories and characters as well as the Zaire ‘74 music festival.

The show will be Rematch’s first post-pandemic production and follows the brand’s award-winning ‘Wimbledon Rematch 1980’ event in partnership with the All England Lawn Tennis Club that took place in 2019. The event, which featured Yvonne Goolagong as the first mother to win the women’s competition and the epic clash between Björn Borg and John McEnroe, was recognised by the Campaign Experience Awards 2020 as it won Gold for Creative Event of the Year.

On the relaunch of Rematch, Founder Richard Ayers, said:

“We are thrilled to be giving a new generation of audiences the chance to re-live the Rumble in the Jungle, one of the most iconic moments in sporting history. Almost fifty years since that night in Zaire, the power of sporting nostalgia and immersive theatre means that Rematch can transport audiences back in time to experience the sights, sounds and sensations of Muhammad Ali and George Foreman’s legendary fight.

Our mission is to connect and inspire generations of families with the greatest stories in sport, and tickets are available to buy now for what will be a knockout experience.”

You can watch the ‘Rumble in the Jungle‘ trailer here.

Tickets will be available to purchase here.