Eye of the Tiger Management (EOTTM) today hosted the official weigh-in for tomorrow night’s boxing gala at the Zembo Shrine Auditorium in Harrisburg, PA in association with A&H Boxing, Capital Punishment Boxing Club, The Queen and Videotron. This boxing event will be presented live on Punching Grace at 8pm and on TVA Sports at 10:30pm. The main attraction of the evening will be the fight between Christian “Solide” Mbilli (19-0-0, 18 K.-O.) and Ronald Ellis (18-2-2, 12 K.-O.).

It was in an outstanding physical condition that Christian Mbilli was first onto the scale to record a weight of 165.5 pounds. Moments later, his opponent Ronald Ellis stepped on to the scale where he was weighed twice due to a problem with the scale. On the second try, he weighed in at 168.1 lbs which was accepted by the Pennsylvania Athletic Commission. Tomorrow night, the two pugilists will fight a merciless war with the intention of coming home with the WBC continental title of America in order to approach to a possible fight against the biggest names of the super-middleweight division.

Angel Perez, on the other hand, tipped the scales at 139.7 pounds under the loud applause of his fans. His French rival, Maxime Gilli, also stepped on to the scale without exceeding the limit, with a weight of 138.6 lbs on the verge of their duel scheduled for 4 rounds. In addition, Angel’s twin brother, Antonio Perez, weighed in at 147.2 lbs while his opponent, Jessie Adison, came in at 148.6 lbs. Adison was very agitated in front of Perez who looked ready to let his fists do the talking in the ring.

Eye of the Tiger Management today presented the media training in light of the WBC Continental Americas Super Middleweight Championship between Christian Mbilli (19-0-0, 18 K.- O.) and Ronald Ellis (18-2-2, 12 K.-O.) this Saturday, December 11 at the Zembo Shrine in Harrisburg, Pennsylvania. The event, which is presented by A&H Boxing and Capital Punishment Boxing Club in association with Eye of the Tiger Management and La Queen, will be broadcast live on TVA Sports and Punching Grace. Here’s what the attendees had to say.

“It’s the biggest fight of my career. Ellis is a really great quality opponent with a good amateur background in addition to having fought world champions. It’s really important for me to beat him convincingly to get to the next level. With this fight, I want to unlock the next level of my career and send a message to the entire division. ”

“Mbilli’s work ethic borders on perfection. I think it’s becoming a virus here in my gym between him and Artur Beterbiev. I think despite his young age he is already a role model for a new generation of boxers. So that’s becoming the norm in the gym and that’s fantastic to see as a trainer. This allows them to progress and box in important fights like the one we will see on Saturday night.”

“During my fight against Benavidez, I was not at my full potential and I intend to show that I am very well prepared for this fight. I trained for 3 years with Canelo Alvarez and I will be able to adapt to Mbilli’s brawling style. It will be a good fight. Mbilli is a good boxer and he is well ranked but I intend to do what it takes to take his place. Mbilli is still young, he will have time to come back up. ” 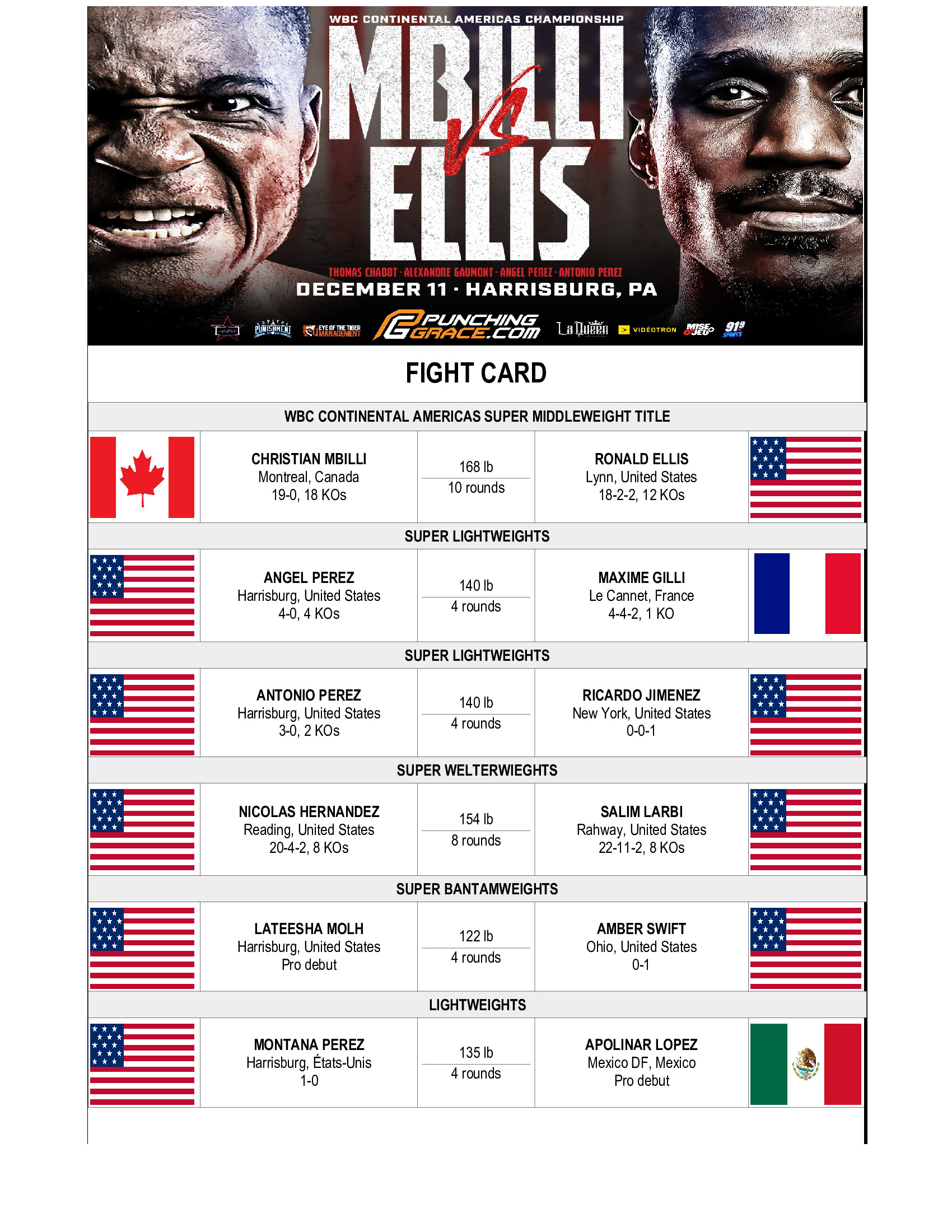