By Frank Warren: WITH SPORT ON the whole creeping sluggishly out of enforced hibernation and attempting to establish a foothold in the world of the so-called new normal, how about lighting the touch paper and really bringing British boxing back with a bang?

The time is right to throw off the shackles and truly give our sport a proper shot in the arm.

What I am proposing is to break down the borders and give the fans the fights they want to see.

Let’s make the natural matches that have previously been deemed too complicated due to promotional and broadcast affiliations. Queensberry’s finest versus the best of Matchroom.

The prospect of the best of British getting it on would reinvigorate the sport, increase the subplots and really get people talking about the game again.

Forget about promoter pride and egos, it is not about us. This is the time to turbo-charge boxing right back into the mainstream and capture the imagination of the watching public.

People talk about various industries resetting following the traumas this year has inflicted on the world.

The fans are longing to see Anthony Yarde take on Joshua Buatsi with light heavyweight supremacy at stake. So am I, let’s get it done.

Who wouldn’t want to see Dillian Whyte taking on the best young heavyweight in the world, Daniel Dubois, later this year or early next while Tyson Fury and Anthony Joshua are busy making other plans?

Any takers for Joe Joyce against Dereck Chisora? Archie Sharp v Zelfa Barrett? Hamzah Sheeraz v Ted Cheeseman? Charlie Edwards v Kal Yafai? What about seeing Nathan Gorman step in the ring with Dave Allen? There are numerous potential bangers there to be made and no good reason not to make them. Liam Williams is due a world title any day now, so let’s add a bit of American flair and stick Andrade in the mix too.

Let’s stop any tactical maneuvering and deliver the fans the fights they want to see.

I know there will be more than a few sceptics who will doubt the plausibility of such ambitious matchmaking due to the complex nature of the promotional terrain. I say we should smash down the barriers for the benefit of the sport and, most importantly, the people who support it.

From our side, our broadcast partner BT Sport fully buys into the concept and is ready and willing to help make it happen. If Sky Sports are of the same mindset, so much the better, and an equitable distribution of the fights can be worked out. No problem.

Can anyone begin to imagine what sort of business a dual branded PPV would do with Daniel vs Dillian on top. How about a stacked undercard featuring Edwards vs Yafai, Gorman vs Allen and Sheeraz vs Cheeseman all on the bill? This is great for fans, great for business and all together great for boxing.

There really isn’t any reason to put up any roadblocks to having the boxing pot overflowing with meaningful matches that would get the attention they deserve.

Our door is wide open to begin negotiations for one-off spectacles, a sequence of events, a Test series of top ‘us versus them’ humdingers. The possibilities are endless and everything is on the table.

Forget the past. Don’t focus on the difficulties and let’s get on and make the fights people want to see. When it comes time to make Fury v AJ, everyone involved will have to cooperate anyway so I see no reason why we can’t make these fights now.

You could say I am throwing down the gauntlet and I would hope this honest proposal is taken at face value and not blithely dismissed.

For the long-term good of our sport, now is the time to put up or shut up. 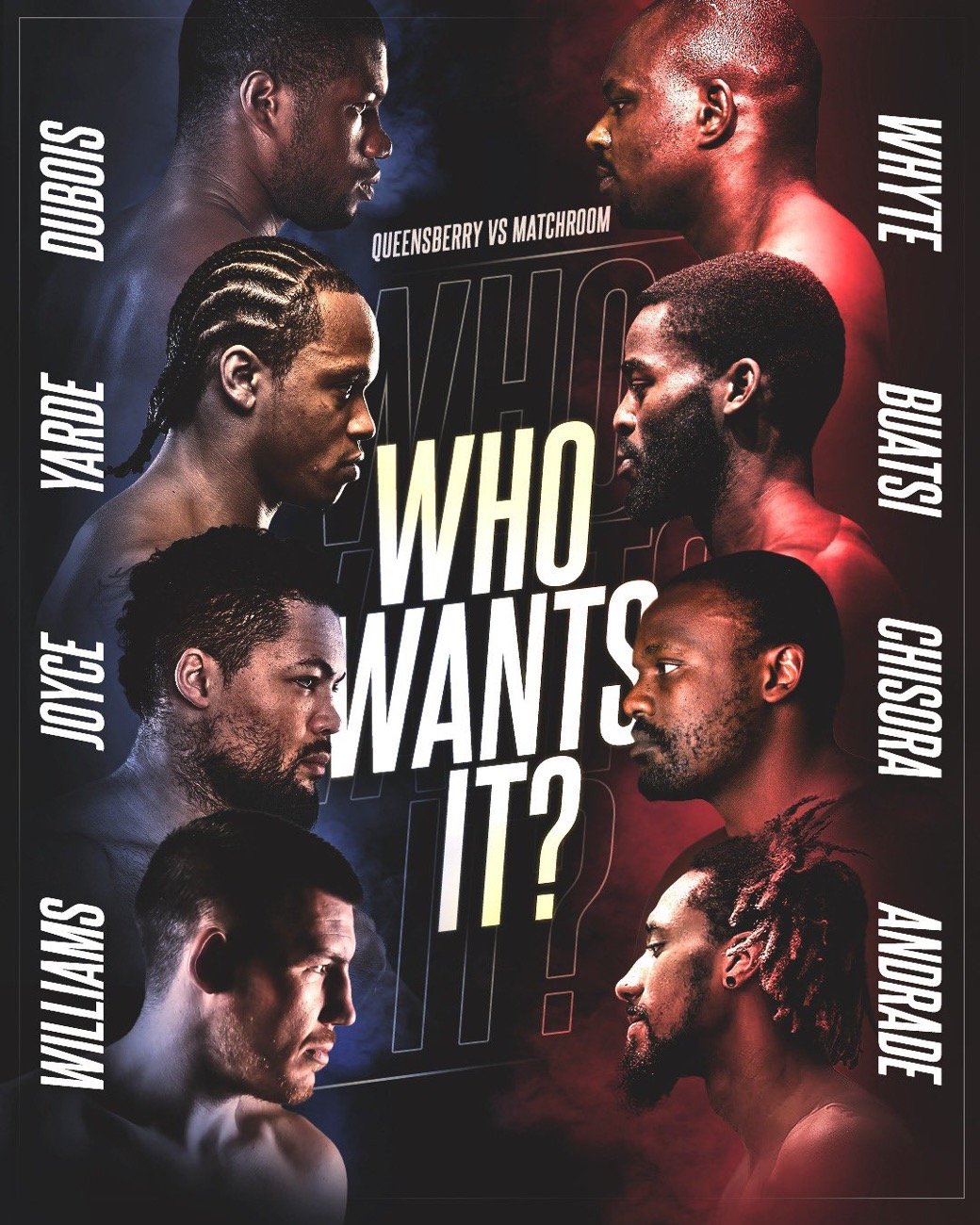 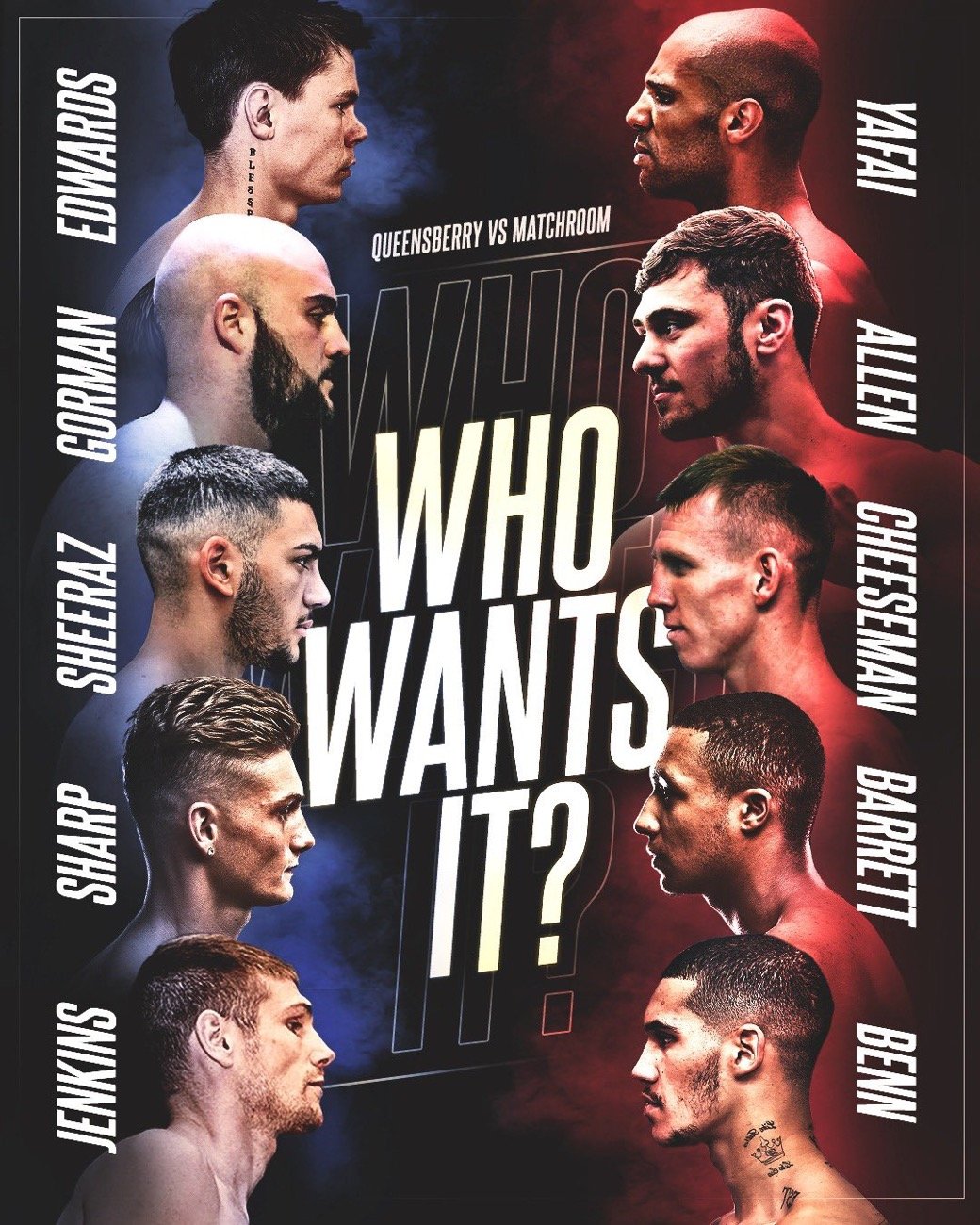