Erislandy Lara and Greg Vendetti battle this Saturday on FOX PBC Fight Night and FOX Deportes, The bout will take place on August 29 at the Microsoft Theater in Los Angeles.

All programming can be live-streamed in English and Spanish on the new FOX Sports app. FOX Deportes offers delayed coverage of all FOX and FS1 programming beginning at 10:00 p.m. ET.

The event will be promoted by TGB Promotions and will take place without fans in attendance at the Microsoft Theater, an AEG venue in downtown Los Angeles. Angulo vs. Truax is promoted in association with Warriors Boxing.

Here is what the conference call participants had to say Wednesday:

“I feel better than ever. I’ve been training hard and working well, heading into this fight. I feel stronger than I did a couple of years ago, and I’m ready for this fight on Saturday.

“The difference people have seen in my last few fights isn’t about my fighting style or even about trying pleasing the fans. I do what is needed inside of the ring. I have to see what each fight requires me to do. If it pleases the fans, then that’s great. But I’m always focused on doing what I have to do in each situation during each fight. 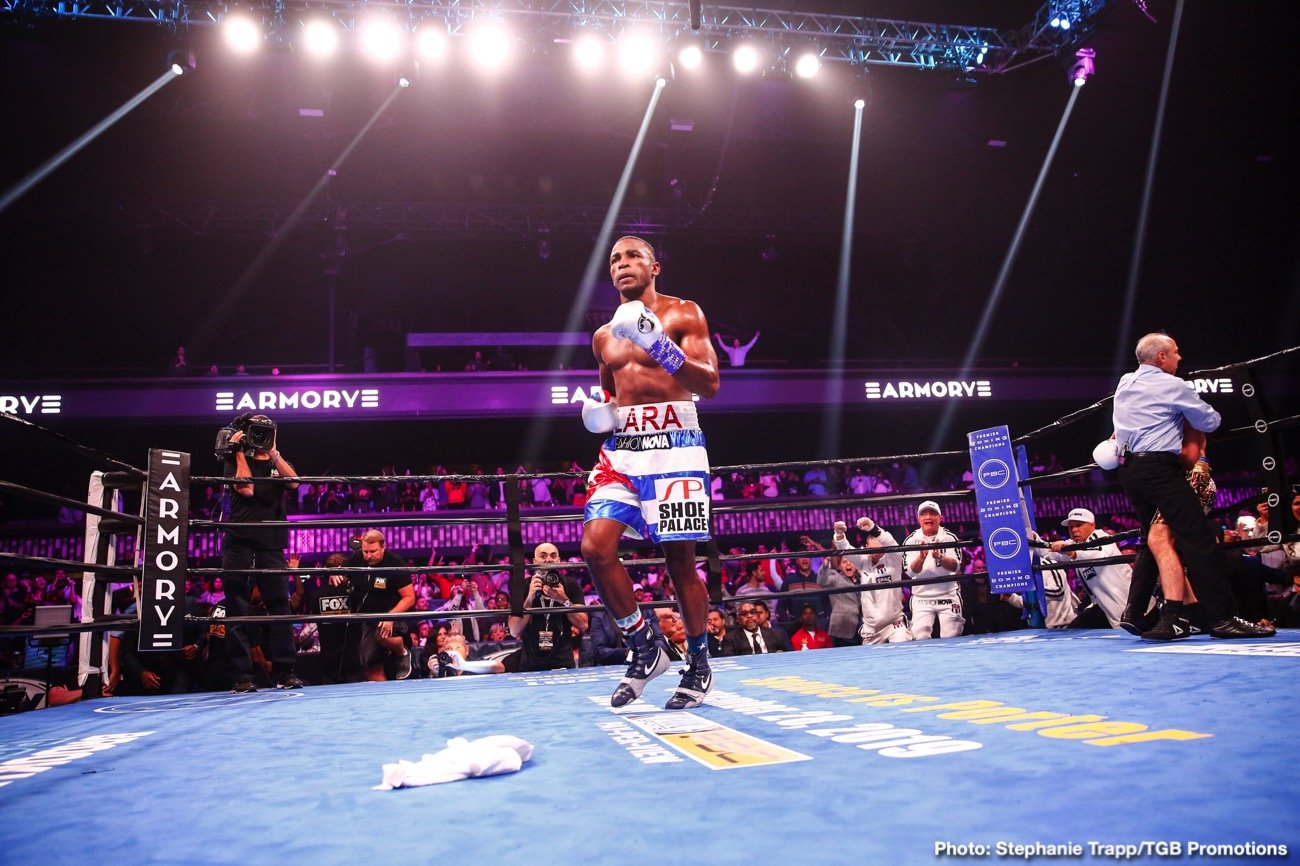 “I’m not focused on my legacy yet. There is a lot to accomplish still, and I want to bolster my standing as one of the best Cuban fighters in history with more critical wins.

“I still feel like I can have a lot of success in the rest of my career, so I haven’t set any time frame for when I’ll be done boxing. But once I feel the difference in my training, and when the young fighters are getting the best of me, then it will be something to consider. But it’s not on my mind.

“I haven’t seen Vendetti at all. I’m not particularly eager to watch videos of my future opponents. For me, the style will become apparent in the first round once we start throwing punches in the ring.

“I firmly believe that I can be the undisputed best fighter in this division. Most of the other champions haven’t faced me yet. We’ll see how it plays out, but I believe that I can come out on top against anybody at any time in a very competitive division.

“I never lost any confidence. I always believe in my abilities in the ring despite what happened against Canelo and Hurd. That belief is still firm. I’m willing and able to fight anyone in the division at any time.

“I want everyone to know that I’m in great shape, I’m feeling outstanding and ready to put on a show Saturday night.”

“I think we’ve done all we can to prepare for this fight. Every box is checked. I’m in a position to do my best, and I’m excited and confident about this opportunity

My trainer has been saying for years that I have an excellent style to face Lara, and once I got the call, I took it as a real sign. I’m motivated to show everyone what I can do and put on my best performance.

“I look at it like this is just another human like me that I’m facing. He’s made of skin and bones, and I’m sure he has his doubts about himself. Maybe about his age and about if I can get to him. I don’t get intimidated by anything in the ring. I’m just really excited to test myself against one of the best fighters of this generation.

“I have to prepare the best, and I can and perform the best I can. I can’t control anything else. Could this be my only title shot? Maybe, but thinking about that won’t change anything in the ring. I have to give myself the best photo to win.

“It will be a little strange without fans. If anything, I think it will help me. It allows me to focus better. It doesn’t matter how much experience you have; the crowd can make you more aggressive than you want to be and influence the judges. If anything, it will help me, but it is what it is.

“I’ve approached this fight like I’m getting the best version of Lara that’s ever existed. I’m not taking him lightly at all. But if you look at his performances as of late, it’s not the same Lara you saw against Angulo and Canelo years ago. The agility is not there as much. It almost seems like he’s doing just enough to try to win these fights and not going the extra mile to dominate.

“Pressure is the name of the game. I have to be active. I can’t run in and get blasted, but I’m going to try to push the pace as best I can and be as smart as I can. I’m predicting an exciting fight, at least on my end.”

“First thing’s first, I have to focus on Saturday night. Whatever comes next, including a possible fight for the world title, it will only happen if I win. This will be an exciting fight and a great challenge for me.

“Abel Sanchez has a fountain of youth. I feel rejuvenated, and I think the clock has been turned back. My only focus is on working hard and giving the fans a great fight.

“The biggest key for me is my confidence and the input that Abel gives me each day. That’s the most important thing that has changed. All the advice that he’s able to provide me with is so valuable.

“I also get a lot of motivation from the other fighters in the gym with me because they have the same ambition as me. We push each other to get to new heights. It’s not competitive as far as who gets a fight next. But it’s about making each other better. 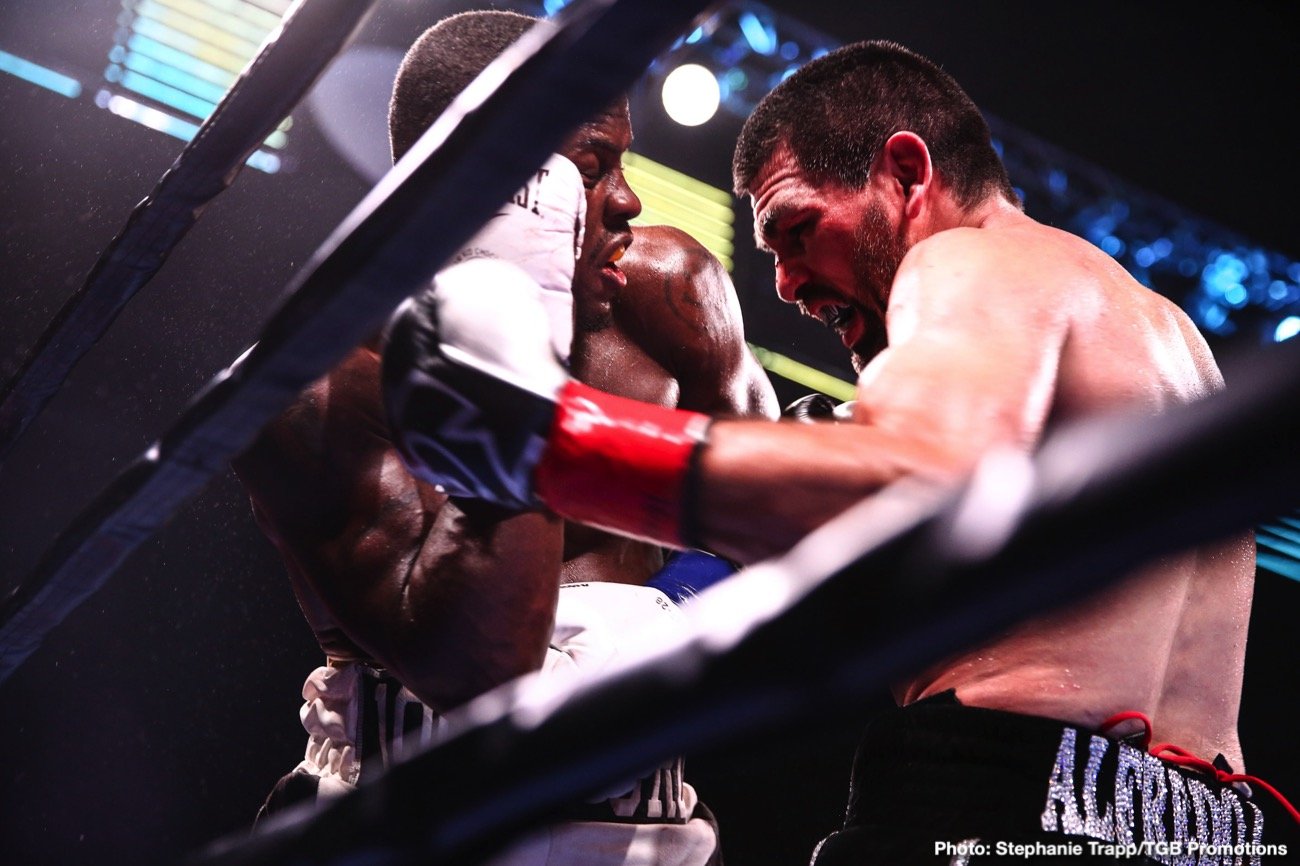 “Truax is a great boxer, and he’s aggressive. He comes and tries to get you out of there. It’s going to be a great matchup, and we’re going to give the fans a great fight.

“I’m ready for Saturday night, and I can’t wait. It’s going to be a great night for the fans, and I’m planning on stealing the show.”

“The last year and a half were tough for me. I had the cut against Quillin and the Achilles injury. It took about eight or nine months for it to feel back to normal. But I’ve been training on it since January, and I’m ready to roll.

“I had a little bit of ring rust in my last fight, and it was great to knock it off. Most people thought I dominated, so I don’t know how it ended up so close on the cards, but I got the win and got the rounds that I wanted. We’re moving forward and ready to put on a show against a higher level of competition in Alfredo Angulo.

“It wasn’t a surprise to me that he won against Peter Quillin. He backed up Quillin and pushed him around the whole night and did what he had to do.

“The Achilles was the first significant injury I had in my career, but I’m fortunate to be in the spot that I’m in now. I’m number three in the IBF, and I need to make the most of it against Angulo. At this stage in my career, you have to approach every fight like it’s a must-win and a last chance opportunity.

“I used to be more of a counter puncher who tried to sit back and box, but when I fought Jermain Taylor, it was my first big fight against a top-level opponent. I sat around for too long and tried to counter. After that fight, I reinvented my style, and now I consider myself an aggressive counter puncher.

“I think my style matches up pretty well with Angulo. I like it when I don’t have to go searching for someone; I haven’t fought someone who wants to come forward in a while.

“Whoever wins could get that opportunity against Caleb Plant, which you have to acknowledge, but none of that happens without going through Angulo first. So I have to take care of what’s in front of me Saturday.” 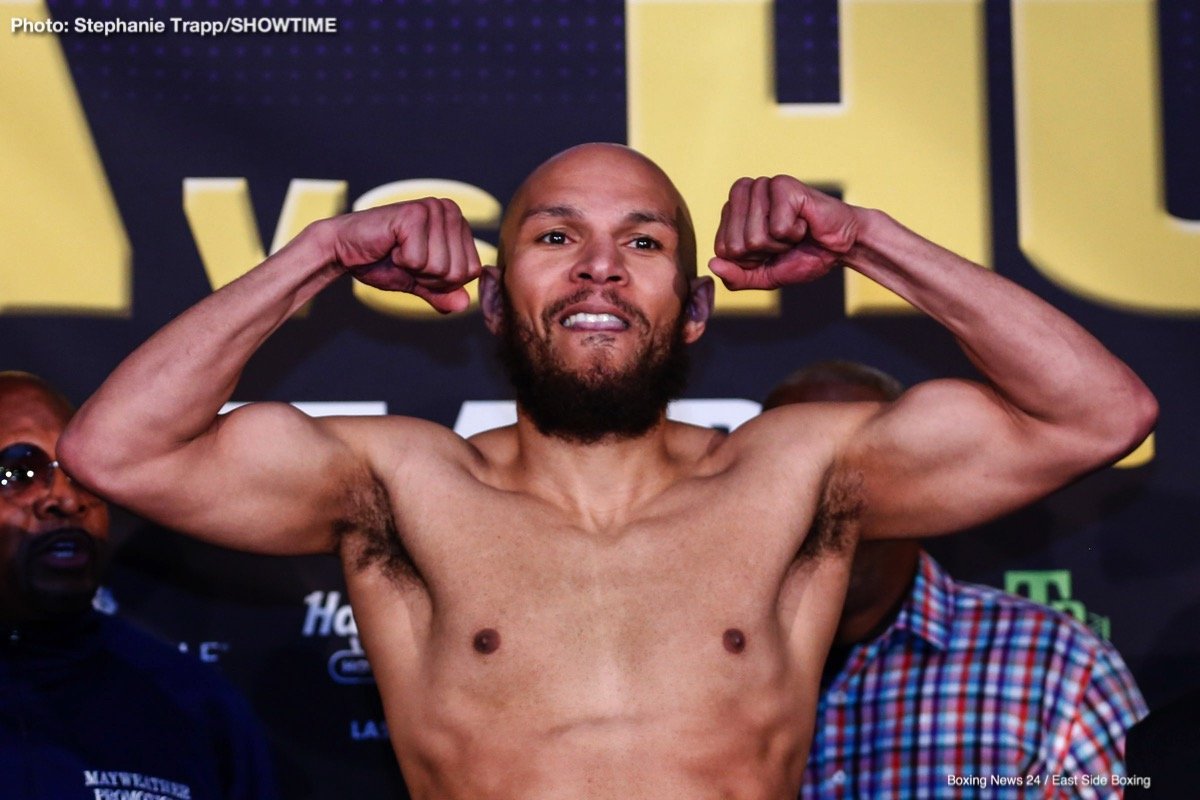 “The 154 pound-division is stacked with talent right now. There are some big 154-pound fights on the horizon for Erislandy Lara, but first, he has to get past the tough Greg Vendetti. Vendetti is legitimate, and he’s going to try to test Lara all night because he knows he’s getting in there against one of the best.

“I’m also looking forward to the always-exciting Alfredo Angulo going up against the former champion Caleb Truax in a super middleweight title eliminator that will put the winner in prime position for a title fight.”