Female World Champion boxer Ebanie Bridges is delighted to announce the launch of her new exclusive OnlyFans page. Launched to coincide with the weigh-in of her upcoming fight against Shannon O’Connell in Leeds, Ebanie is excited to be the first high-profile female boxer to join the platform. 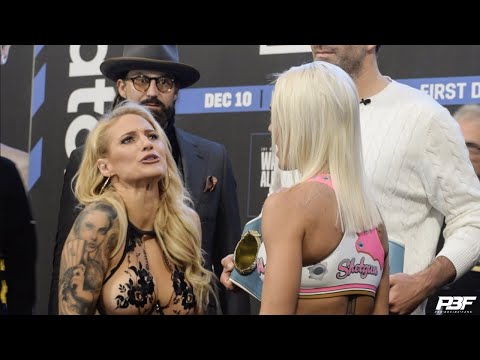 Through her OnlyFans, the Australian fighter will be giving her fans the ability to interact with her on a 1-1 basis, as well as releasing exclusive never-seen-before content including; professional lingerie photoshoots, behind-the-scenes training footage and intimate home content.

Ebanie Bridges said, “I was the first to weigh-in with lingerie and I received a hell of a lot of backlash and controversy, but it paved the way for other women in the sport to have the confidence to do the same.

“I expect similar controversy with this, but I thrive off of being a pioneer in the sport and hope to inspire many other women to be able to act freely without concern over how they will be judged”

Ebanie will have the freedom to take control of the videos and photos she uploads and use her content to challenge and overcome societal taboos around female sexuality. She will be building power through her subscriber relationships, whilst most importantly reaping the empowerment that comes along with it. Not only will OnlyFans allow Ebanie to offer her followers more intimate, personal and exclusive experiences than any other platform, it will also give her the power to take complete ownership of her body and sexuality.