Boxing world champion Ebanie Bridges has spoken about using her platform and profile to inspire youngsters, while also highlighting the importance of boasting a strong work ethic when trying to reach your goals.

Speaking to Raw: The Fight Within, a new boxing podcast hosted by iFL TV’s Kugan Cassius, the IBF bantamweight world champion went into detail about her journey to the top, which has included both highs and lows. 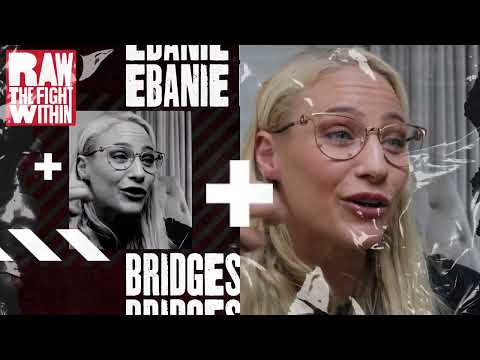 While Bridges has been involved in combat sports from an early age, she worked as a teacher prior to becoming a professional boxer.

“I originally started teaching so I could inspire the kids because I was a really troubled youth and there were times where I really gave up on myself, so I thought if I could get them young, resonate with them a little bit and teach them that if they have the right mindset, don’t give up on themselves and really try, then anything is possible, because I’ve f***ing done it,” she told RAW: ´The Fight Within.´

“I’ve got a second chance at life and look at me, I’m killing it. I could have gone two ways and it would have been very different, I don’t even think I’d be here. The reason I started teaching was to get the kids at that age where you’re getting influenced, to have that person there to send good messages and keep you on the right path.

Bridges, known as the ‘Blonde Bomber’, has enjoyed an impressive career to date, suffering only one defeat – to Shannon Courtenay in 2021 – and claiming the IBF bantamweight title earlier this year.

In order to get to the top, however, she has had to make huge sacrifices, including making a permanent move from Australia to the UK.

“But you’ve got people like me who are Australian, or the Kazakhs, or Europeans who have to leave their homes to chase their boxing dreams because it’s not big in their country. I’m not saying the British and Americans have it great and that they don’t realise how lucky they are to not have to move away from their homes to such a degree to make those sacrifices, I just mean there are some things they don’t realise you have to do.

“It is a big move. Mind you, some people just do it to change their lives anyway. Some people just pack up and go to Australia from all kinds of countries. I had it pretty good at home, but I plan on having it even better over here (UK).”

Bridges also discusses her strong work ethic, which stems from the days when she combined training, studying and work.

“I started university at a later age, when I was 25 or 26, and I already had my own house,” Bridges reflected. “So it wasn’t a case of saying: ‘hey mum and dad look after me while I go to uni, go on the pi** and have uni parties, living the uni life.’

“It wasn’t like that. I was training as well because I was either bodybuilding or boxing, so I’d get up and train, go to uni all day and then get back and work until 3am. I didn’t have a day off for seven years, literally. I worked three jobs, I worked weekends, I worked weekdays, plus I was studying and doing my sport.”

RAW: The Fight Within launched earlier this month, with the first two episodes featuring undefeated British fighters Fabio Wardley and Conor Benn. Other stars confirmed to feature as part of the series in the coming weeks include Sunny Edwards, Darren Barker, Big John Fisher and Bec Connolly.
The third episode, with Bridges, is available to download on Monday August 22.

It will also be accessible via iFL TV’s YouTube channel.