Haney (24-0 15 KOs) returns to action following an injury layoff after shoulder surgery sustained in the first defense of his strap against Alfredo Santiago in Los Angeles last November, and ‘The Dream’ puts the crown on the line for the second time against Gamboa (33-3 18 KOs) – a fighter he looked up to, but has history with his trainer, Pedro Roque.

A picture of Haney as a kid meeting Gamboa has been all over social media as ‘idols become rivals’, but Haney revealed that Roque shunned his talents as a teenager – and the WBC king wants to prove him wrong in the Sunshine State.

“Gamboa’s coach trained me at the Olympic training center,” said Haney. “He didn’t give me that much attention or think I was going to be the next superstar, that’s why I don’t just want to show Gamboa, I want to show his coach as well.

“Gamboa is a very dangerous opponent because he has the experience, he has speed, he has power, he’s been in with the best of them and he didn’t only old his own, he made it competitive.

“This is by far the toughest test of my career so far. Gamboa is someone that I watched growing up, I remember being star-struck meeting him when he came to the gym and letting me stay after the gym had closed and watch him train, even though I had to do homework, my Grandma let me stay to watch him, that’s why this fight means so much to me.”

Haney (24-0 15 KOs) returns to action following an injury layoff after shoulder surgery sustained in the first defense of his strap against Alfredo Santiago in Los Angeles last November, and now ‘The Dream’ is back to continue his quest to dominate at 135lbs just two days shy of one year since that night.

The Lightweight division can lay claim to being the most exciting in the sport, with Teofimo Lopez recording a stunning win over Vasiliy Lomachenko in October and then Gervonta Davis delivering a knock out of the year contender against Leo Santa Cruz last weekend – Haney knows that the spotlight now turns to him. He must shine in Florida on Saturday.

“I don’t just want to win; I want to win spectacularly,” said Haney. “I want to beat Gamboa worse than anyone has to date. I want to show him that I am the best fighter in the world and better than anyone he’s ever faced.

“I have to make a statement. The eyes of the boxing world are all on me again. They’ve heard me talk the talk, and now it’s time to walk the walk. 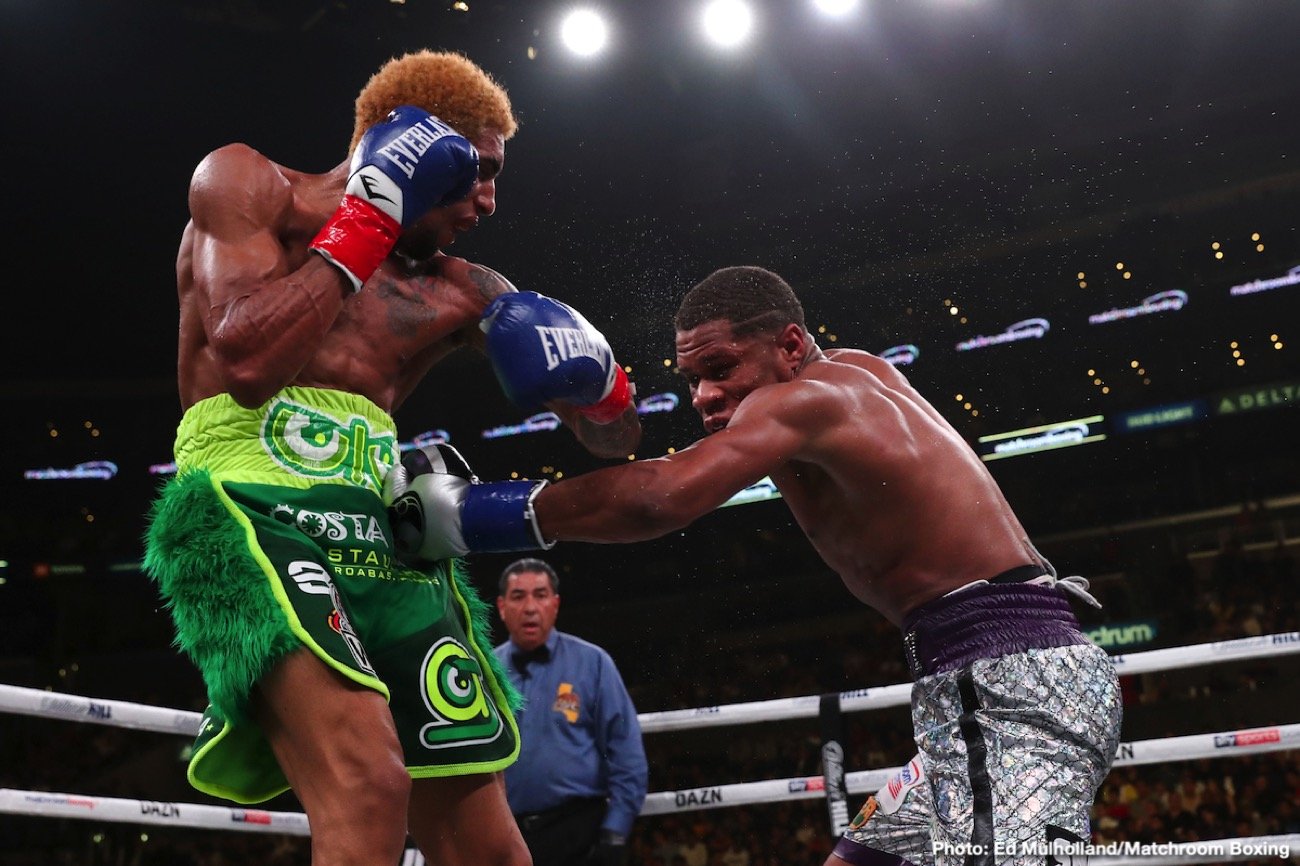 “The belts are important to me; I want to win as many of them as I can. I am willing to fight any of the top guys; I don’t want to skip any of them out or say, ‘I like this guy over that guy’ because I want the fights that the fans want to see the most. It’s important to defend by title, look good doing it, and hunt the rest of the division after that.

AIBA to oragnize boxing tournament in the Emirate of Fujairah

“Everything is falling into place, and the Lightweight division is lighting up. I have to handle business with Gamboa first, take care of him, and then the sky is the limit. There are so many big fights out there, everyone is opening up, and 2021 can be huge if I win this fight and make a statement.”

Haney’s clash with Gamboa is part of a huge night of action in Florida.