Kicking off the telecast is undefeated contender Carlos Castro taking on former title challenger Óscar Escandón in a 10-round super bantamweight bout.

The Benavídez brothers and Castro all hail from Phoenix and have their sights set on impressing their hometown fans.

Tickets for the live event, which is promoted by Sampson Boxing and TGB Promotions, are on sale now and are available for purchase through Ticketmaster.com.

Here is what the fighters had to say Tuesday:

“I’m very excited for this fight. I’ve been training for eight weeks and I can’t wait. Uzcátegui is not an easy fighter. He’s an ex-world champion looking to be champion again, so we’re at a crossroads, and whoever wins knows they have a big fight coming.

“I’m motivated not just because of Uzcátegui, but to fight in Phoenix again. It’s been a long time since I’ve fought in my hometown. I’m feeling fast and strong and ready to get in there and put on a show.

“I don’t put any extra pressure on myself fighting at home. I’m excited to be back fighting in front of a live crowd. I think this is going to be my best fight ever too, just like Uzcátegui said, so the winners are going to be the fans on August 28.

“I see the fire in Uzcátegui’s eyes and that motivates me. This might be the Fight of the Year. Don’t blink, because this one is going to be explosive.

“I think this will be a harder fight for me than Caleb Plant would be. I think Uzcátegui won the second round of that fight against Caleb and I don’t think Caleb has been the same since that fight.

“This is a big opportunity for whoever wins this fight. He’s been in this sport for a long time and has a lot of experience. This is the kind of fight we both need to get to the bigger dogs. I’ll fight whoever I have to in order to get back to the world title. I’m going to earn my opportunity any way it comes.

“It’s a dream come true for me to have my first main event at the Phoenix Suns arena, Footprint Center. Having my brother fighting in the co-main event is a very big deal for me and my family. We’ve been putting in hard work for our whole lives in this sport and it’s paying off. I’m proud of my brother and the work we’ve done.

“I take my career fight-by-fight and I of course want to get back in the ring as soon as possible after this fight. Right now, August 28 is the only thing on my mind. I can’t overlook anybody, especially an ex-champion like Uzcátegui.

“I want to be in the game for 10 more years. So it doesn’t matter when the belt comes back to me. I have to keep taking it fight by fight and let the rest take care of itself.

“We both throw good power shots and we’re very similar fighters. When two bulls go toe-to-toe you’re going to get a war. This is going to be one of the best fights of the year. It’s a guaranteed war.

“I know that I can hurt anybody. I’ve hurt everyone I’ve ever faced. I’m not ignorant though, I know that he has power too. I think if I follow my game plan, I can definitely knock him out. No one has knocked him out, so I’m training hard to be the first person to do that. I go for the stoppage in every fight and I know he’s going to come for the same thing.”

Morris Living The Life Ahead Of Pro Bow

“I think this is going to be the best fight of my career, even more than winning the title. I have a great opponent across from me and that’s going to bring out the best in me. 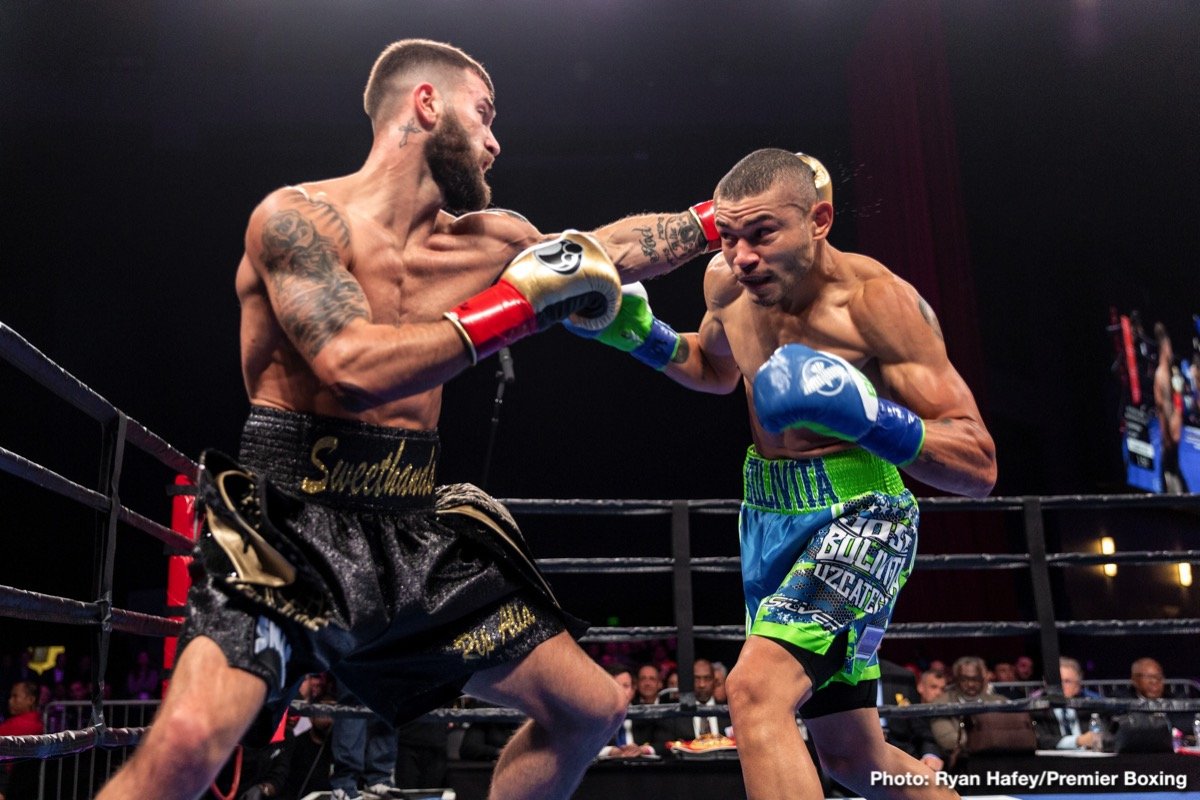 “It makes me more motivated to be fighting in his hometown. I know that we’re both great warriors. This is going to be an exciting fight, and you’re going to make sure you don’t want to miss it.

“This fight was talked about back when we were both champions. It didn’t happen then but it’s happening now. A lot of fighters run and don’t want to get in there with Benavídez, but we stepped up.

“I want the big challenges like Canelo Alvarez, and I know I have to win fights like these to get there. I want the tough fights. That’s what makes this a great fight for the fans.

“Winning the world title was one of the best nights of my life. But I didn’t do the proper things I had to after winning to remain world champion, and you saw the results. But I still believe in myself and you’re going to see me back to my best on fight night.

“Obviously we both hit hard. The difference in this fight is going to be who can stand there and take it better. It’s going to come down to preparation and who can stand up for 12 rounds.

“I never really committed to going up to 175-pounds. That was just for one fight. Super middleweight is my division and that’s where I’m trying to win a title at. We’ve wanted to fight David forever and once the fight came to us, we jumped at it.

“I expect the same David we always see. He’s a great fighter who comes forward. But that’s what I’m going to show you as well. It’s definitely two fighters who love to come forward.

“We know what’s in front of us. We have trained 100% every day, as hard as we can, because he’s coming to throw bombs.”