Carl Frampton had a late replacement opponent in Darren Traynor and a lot to lose with a junior lightweight world title bout against Jamel Herring looming.

Frampton (28-2, 16 KOs), a former two-weight world champion, stopped Traynor with a body shot in round seven of a scheduled 10-round lightweight fight. It took a few rounds for Frampton, who hadn’t fought in nearly nine months, to find his rhythm.

Traynor (16-4, 7 KOs) accepted the fight on about a week’s notice after Frampton’s original opponent, Vahram Vardanyan, pulled out due to visa issues.

Said Frampton, “I’m happy to get the win, obviously. Far from my best, but I suppose people talk about rounds. I don’t think it’s going to harm me doing the rounds. If I had the chance to take him out in the first round, I would’ve done that.

“It was a better opponent for Herring than the original opponent because I think he was about my height, maybe even a little bit shorter. Darren isn’t a southpaw, but the dimensions are similar. I know I need to be a lot better for Herring. It’s good to get the rounds done. My hands are fine. No issues there. Onward and upward.” 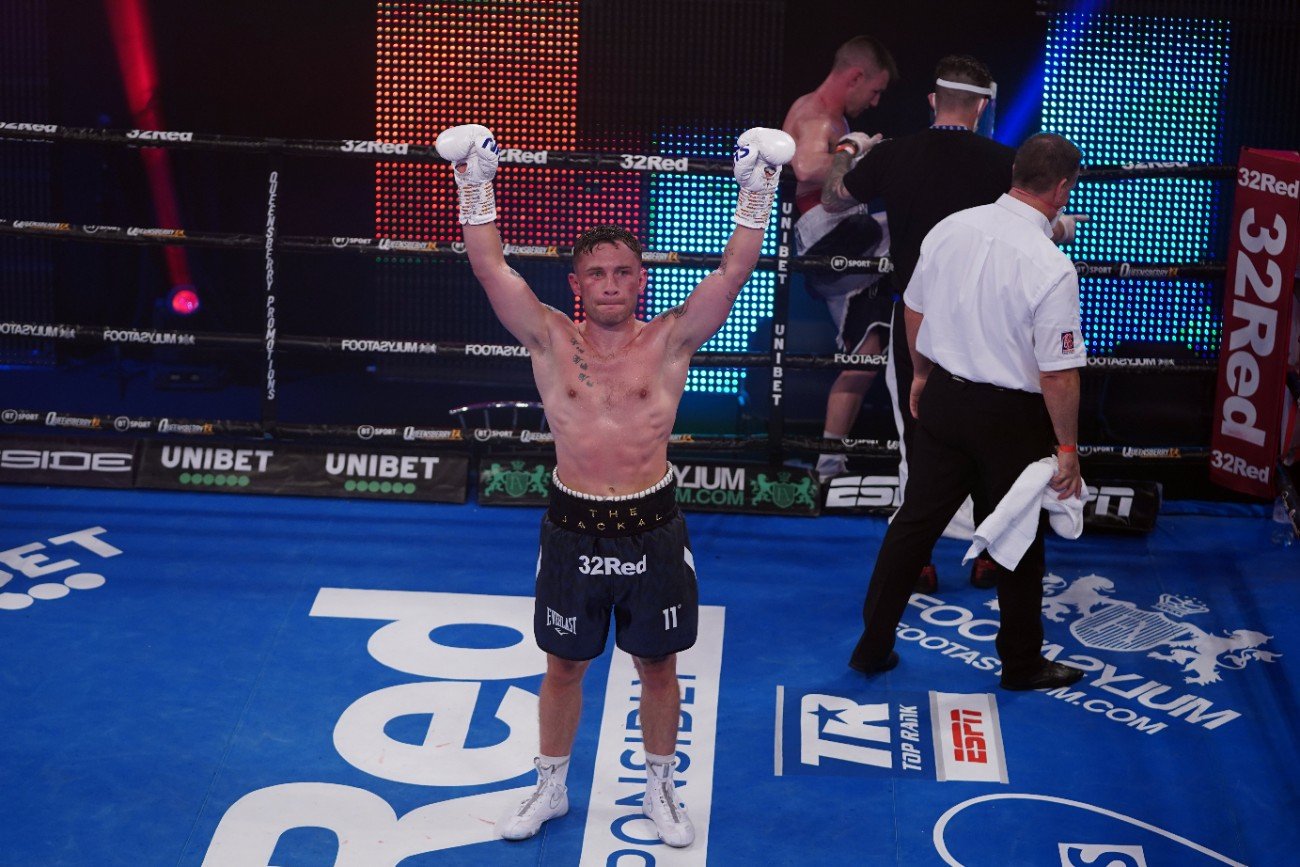 Featherweight Michael “Mick” Conlan, in his final bout before a planned move to junior featherweight, knocked out Sofiane Takoucht in the 10th round. Conlan (14-0, 8 KOs) had a pair of points deducted for low blows, but he dominated the action and stunned Takoucht (35-5-1, 13 KOs) with an overhand left early in the 10th.

A follow-up flurry prompted Steve Gray to call off the fight and give Conlan his second knockout in three bouts. 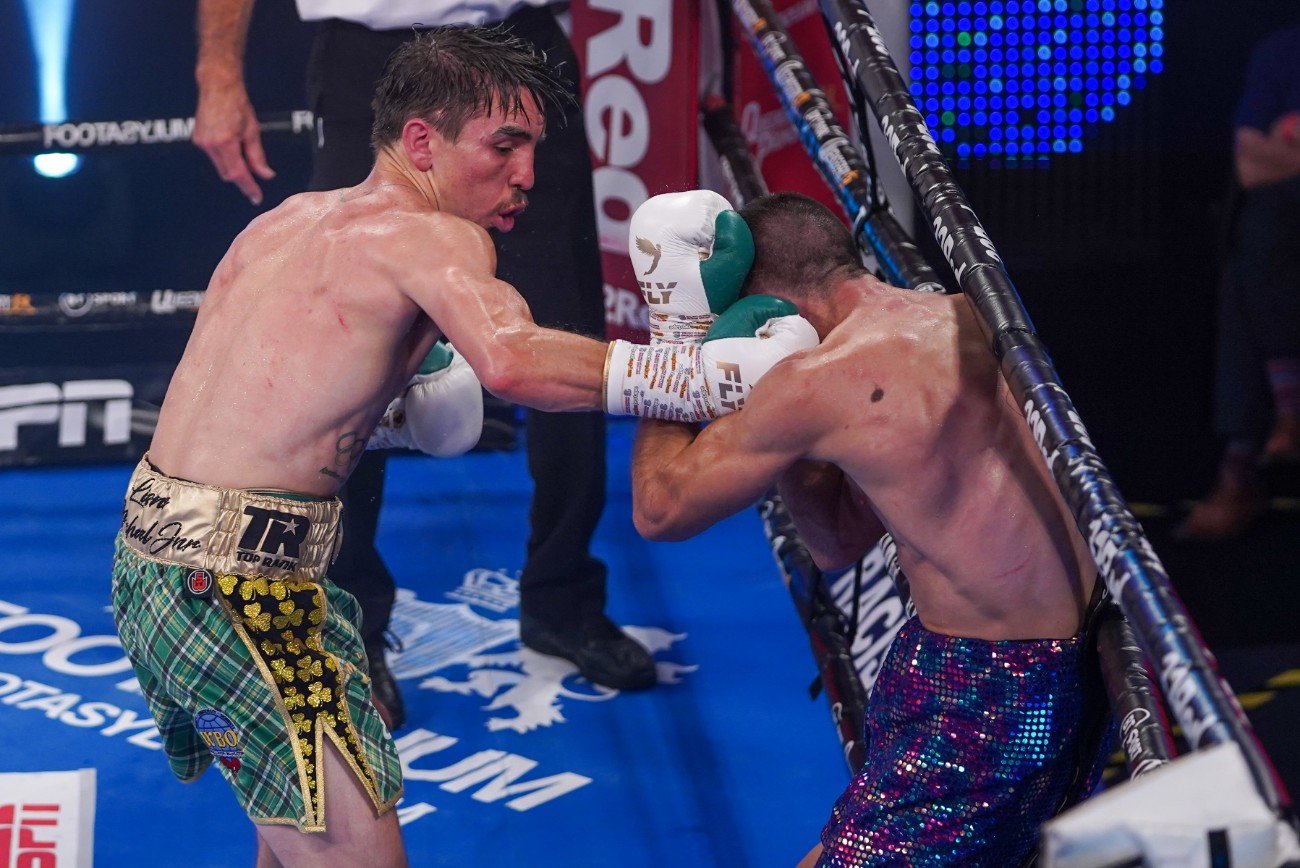