Heavyweight Shawndell Winters has told Alen Babic in no uncertain terms that he’s bitten off more than he can chew for just his fourth pro fight this evening, shown live on Sky Sports Box Office in the UK and DAZN in the US.

Winters arrived from Chicago to meet the Dillian Whyte managed Babic at the final installment of Matchroom Fight Camp, and their eight round Heavyweight battle has become one of the most talked about fights on the card following a spicy press conference on Thursday.

Babic has yet to hit the third round in his three fights to date, but Winters represents a huge step up in class, as the American enters the bout on the back of tackling former World Champion Joseph Parker in Texas in February, and as the 39-year-old enters his 17th pro bout, he believes experience will be key.

“He ain’t the first person in the gym or on the streets to say he’s gonna knock me out,” said Winters. “I’m still alive! Am I mad? No, he’s supposed to say that. They made a mistake bringing me over here because it will propel me. When I beat him, when I show him how to fight, he will understand. I was 3-0 with three KOs once. I’m 13-3 now. I was where he was, I understand. I’m known for bringing the smoke! He has fought three cab drivers and has never been hit by a punch.

“The integrity, the moral compass I have? If I say to a man ‘I will knock him out’ then when I see him, that’s my energy. He plans on coming forwards. That’s what I love. He’s a kickboxer, an MMA fighter. All he can do is come forwards. He doesn’t know anything about establishing a jab.

“I found out about the fight a while ago, but I knew it was a possibility and the reality is I’ve been in the gym. I don’t have a 9-to-5 job, this is my job, so I’ve been training all the time, so you are never going to pop up and catch me off guard, that’s never going to happen.

“I feel that this is destiny for me. I’ve had three losses in my career and I’ve come back stronger from each one. The purpose for me fighting and winning and moving on is far greater than just beating my opponent. What I can do with winning these fights on these platforms is change where I am from.

“I don’t know where a win takes me because I don’t know what people feel about this fight, but I will fight anybody, it doesn’t matter. Winning cures all, if you lose bad but come back with a better win, people forget the loss and just say ‘he just knocked him out!’ The loss is gone.

“I will fight King Kong or Godzilla. The Joseph Parker fight? I wasn’t 100 per cent. Babic will get a rude awakening. The reality is that I like to fight – that’s what I’m known for in Chicago. I was an 180lbs amateur beating up World Champions in the gym in Chicago. I’ve got more knockouts than Babic has had fights! It will definitely be about the experience. My skills are certified. He thinks he will beat me but that ain’t gonna happen.”

Croatian Heavyweight star targets savage stoppage – Croatia’s explosive Heavyweight contender Alen Babic lit a fire under his clash with Shawndell Winters – and he’s ready to back up his fiery words with another big KO when they meet live on Sky Sports Box Office in the UK and DAZN in the US.

Babic (3-0, 3 KOs) can enhance his growing reputation as ‘The Savage’ when he faces American Winters, and the 29-year-old has had the best possible preparation sparring with his manager and headline attraction Dillian Whyte in Portugal.

The pair may only be fighting over eight rounds but there will be huge interest following a tense press conference between the pair that almost spilled over – but now Babic wants to focus on the business at hand, proving that he can become a major force in the Heavyweight division.

“There’s no way he doesn’t get KO’d by me,” said Babic. “I don’t want to sound too cocky, but I’m too good, fast and strong for him. Joseph Parker did him in five rounds so I am going to try and do it in three or four rounds. This means a lot to me, to be on a big stage like this is huge, so many people will get to see me, they hadn’t heard of me before but now they will see me

“I am not here by accident, I trained for ten years for this, I’m ready now for everything so I don’t need to wait. Dillian is a very good manager and he understands that I don’t need ten easy fights to start with, I will just knock them out with in 50 seconds, it’s not worth it.

“I know Shawndell is tough and that’s why I like it. My last three fights have been over fast, I know that Shawndell will come to beat me and that’s why I like this fight, we’re going to entertain the fans. It’s critical for me to put on a good show, not just beat him up and KO him, but to entertain. I want to show people that I know how to box too.

“I love sparring with Dillian, it’s pure joy. I do my rounds with him and just enjoy it, we know what each other can do and we just go for it. He is harder with me in sparring than anyone else! I love that – I tell him to go all out because I am a sparring partner for him, so I want him to be at full power, I would be upset if he wasn’t, I’d have to punch him in the throat or something to make him angry!

“I think he’ll KO Povetkin – I have a lot of respect for him as a great professional and an Olympian, but I don’t see him beating Dillian much like Shawndell won’t beat me. I’m only in my first year as a pro and I spar with the best amateurs and of course with Dillian, but in the amateurs you never know who you are going to fight so this is nothing new to me, it’s a walk in the park.”

Babic (3-0, 3 KOs) can enhance his growing reputation as ‘The Savage’ when he faces American Winters, live on Sky Sports Box Office, as Fight Camp reaches a finale with Katie Taylor’s eagerly awaited rematch with Delfine Persoon and Whyte’s crucial clash against Povetkin.

Whyte has spent the last few weeks in punishing sparring sessions with Babic, who is yet to be extended beyond the third round in his professional career. But Winters has proven his toughness in 13 victories, with just three defeats, and he ruined the unbeaten record of Oleksandr Teslenko last September. 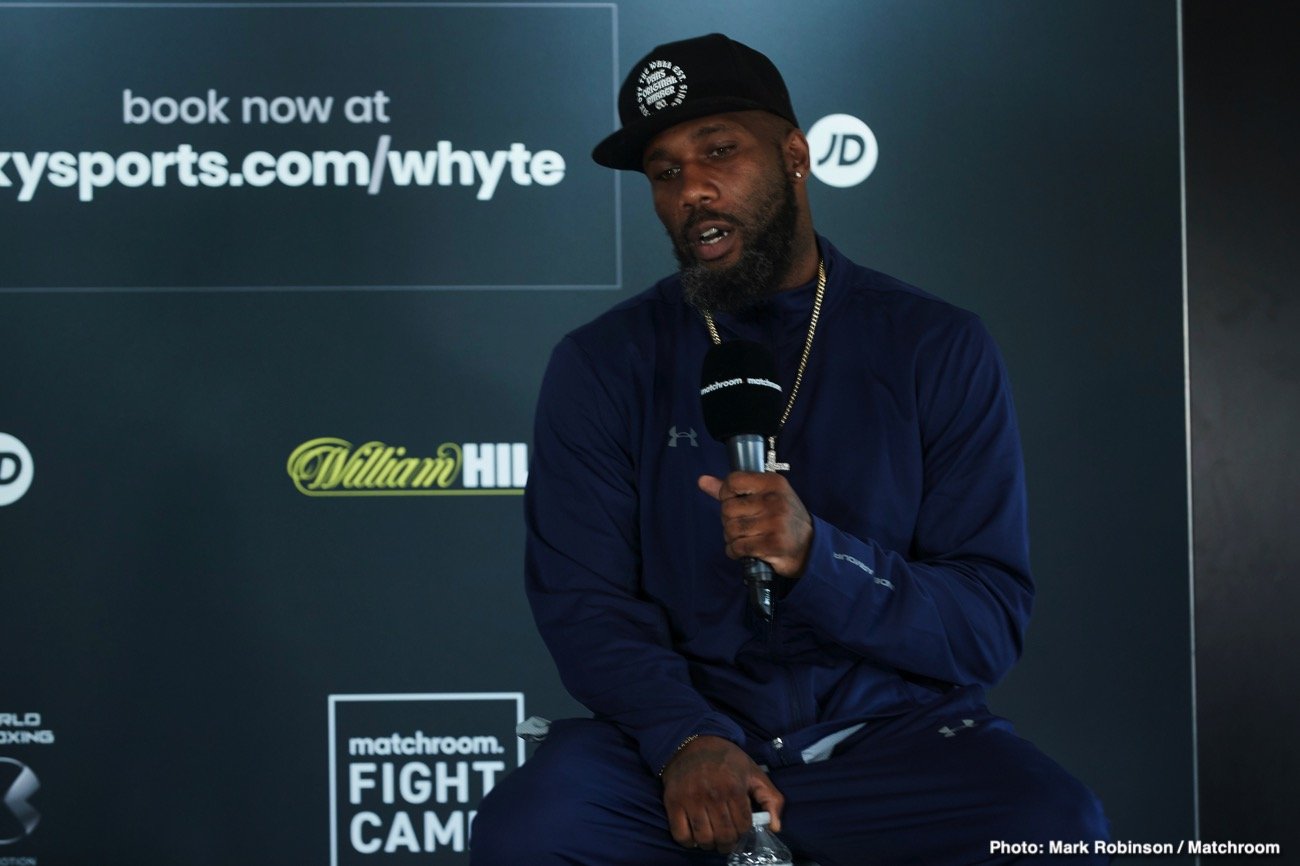 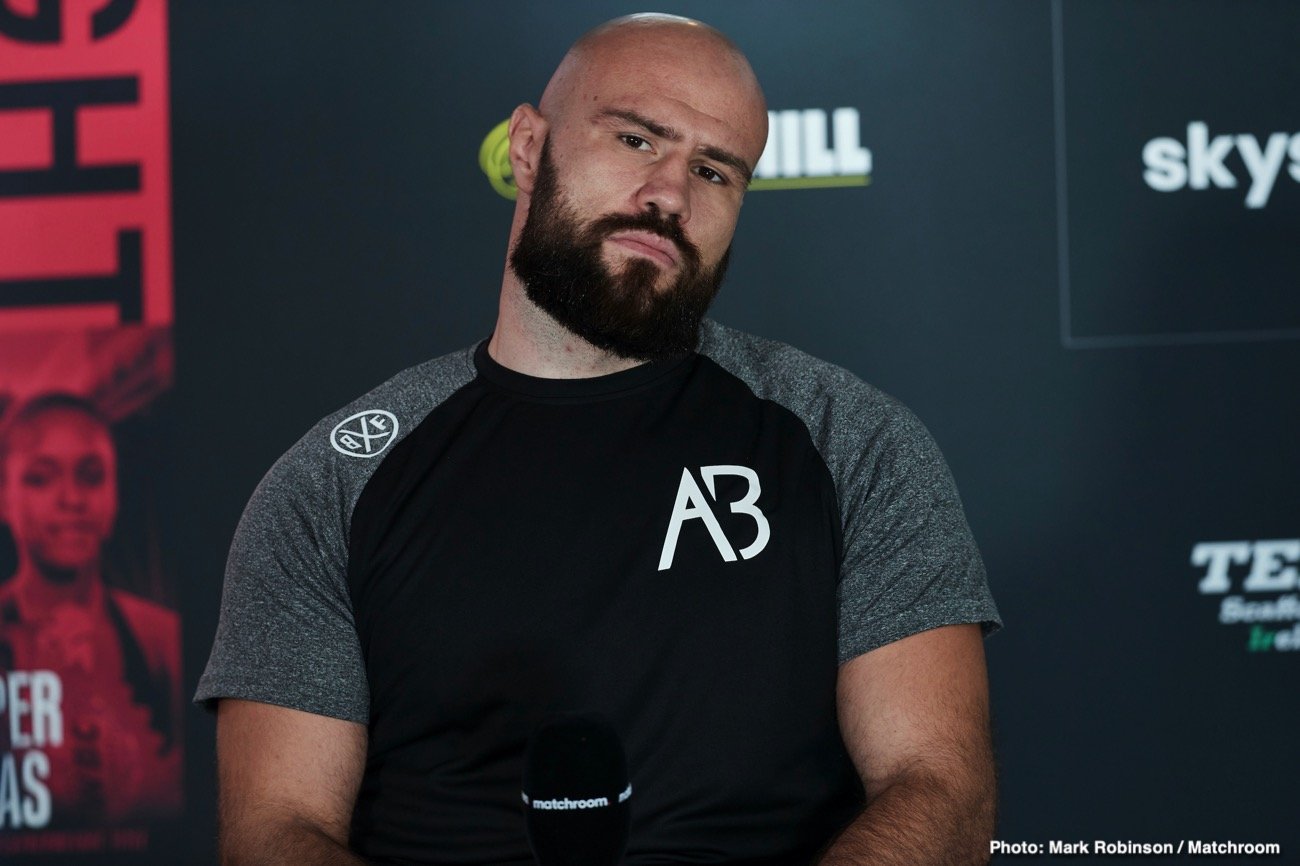 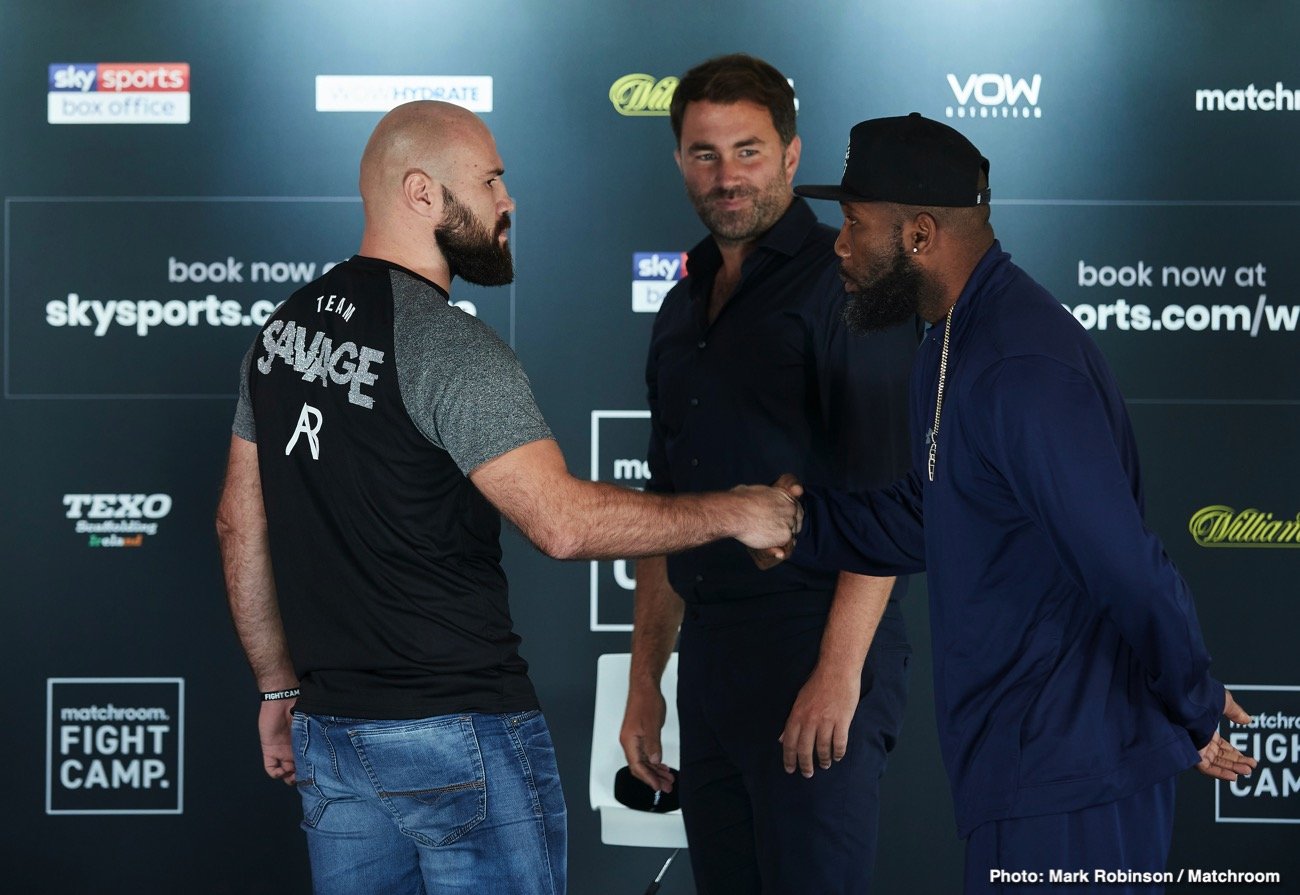 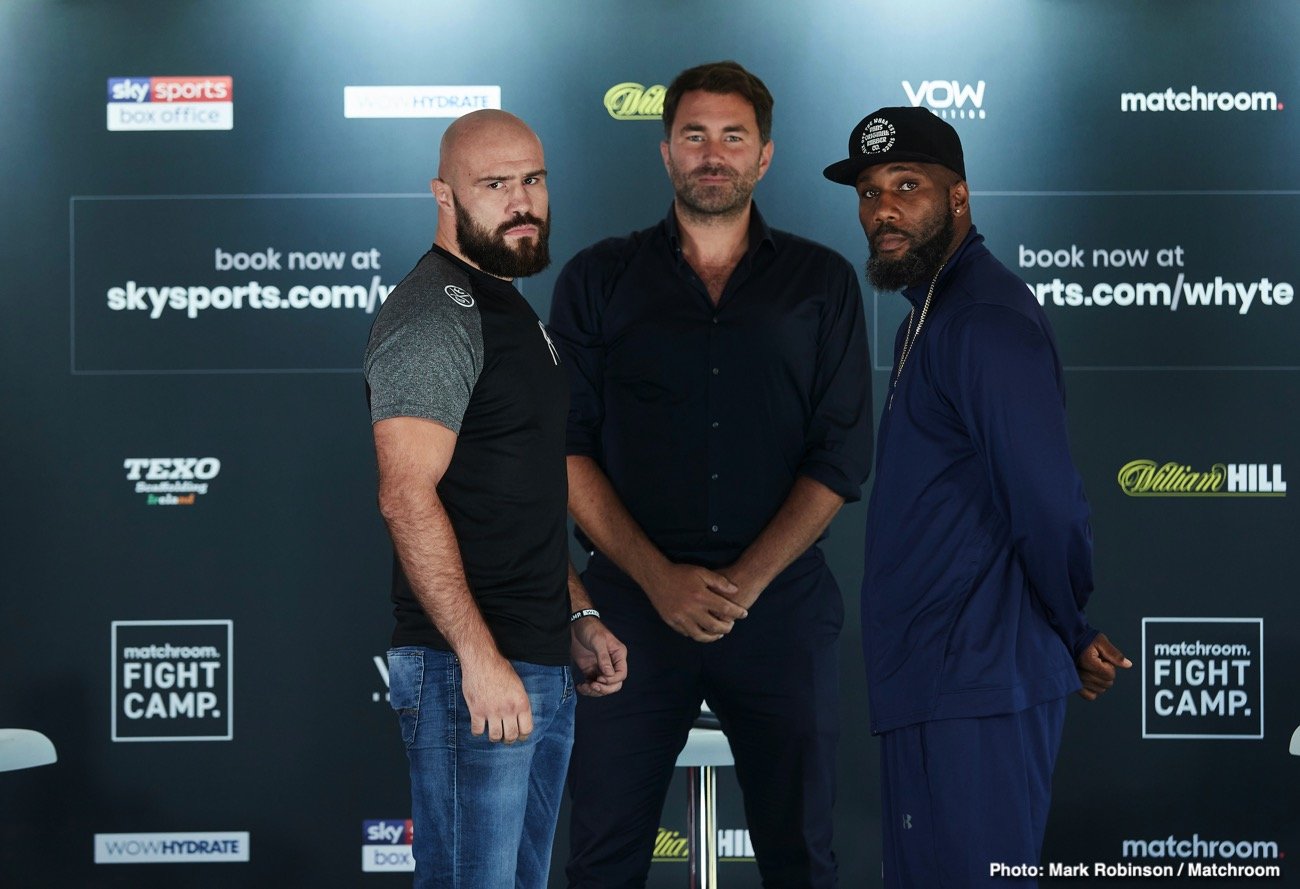 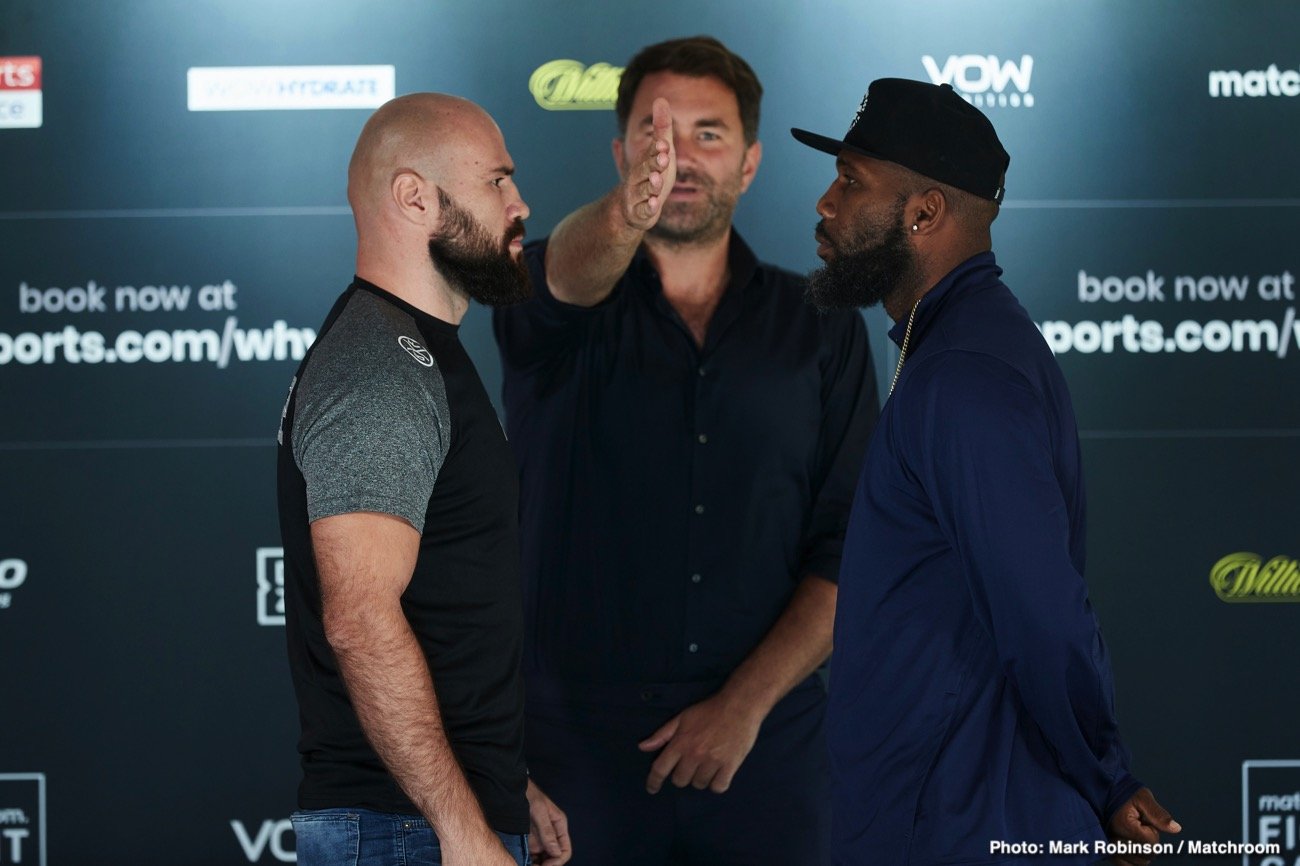 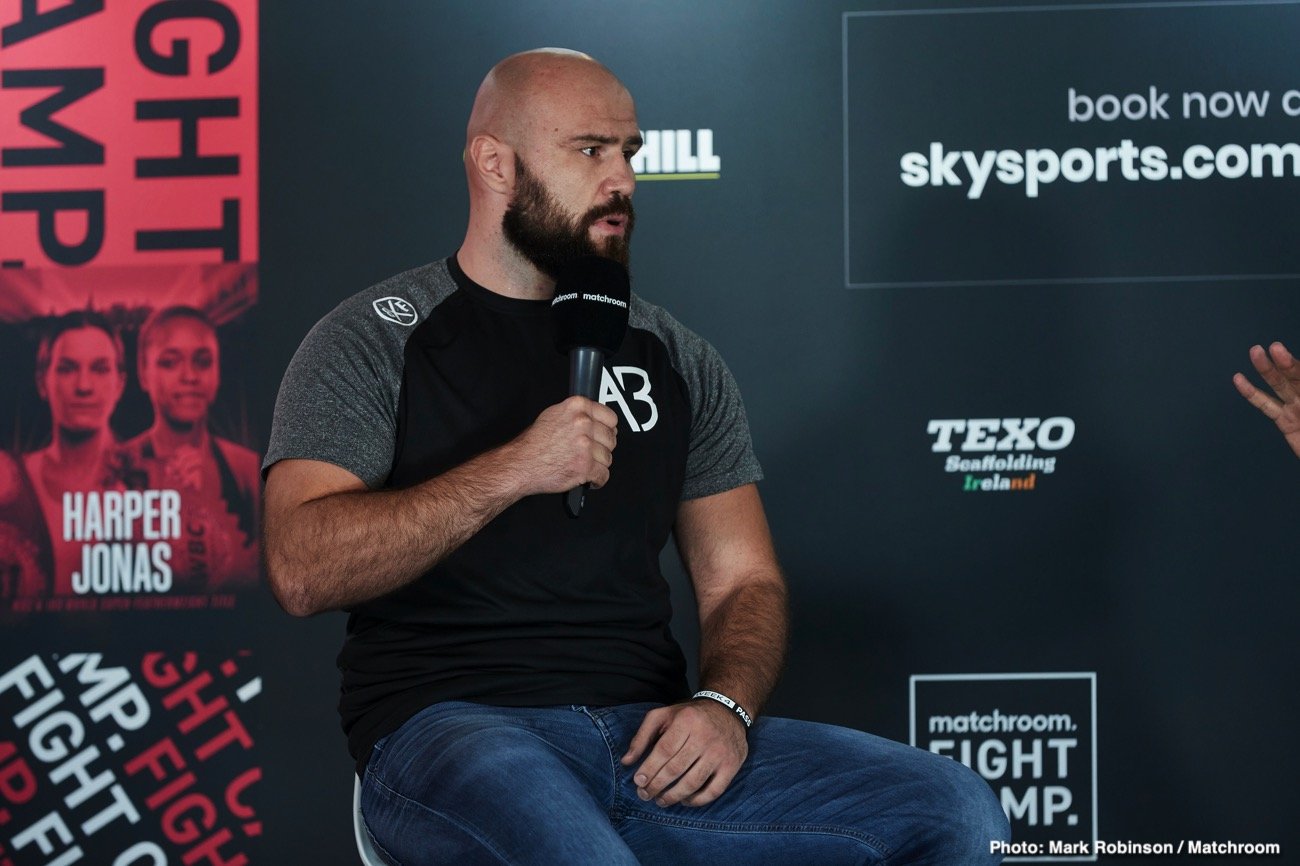